Rebecca Shows It’s Not Just Jobs For The Boys

Rebecca Shows It’s Not Just Jobs For The Boys 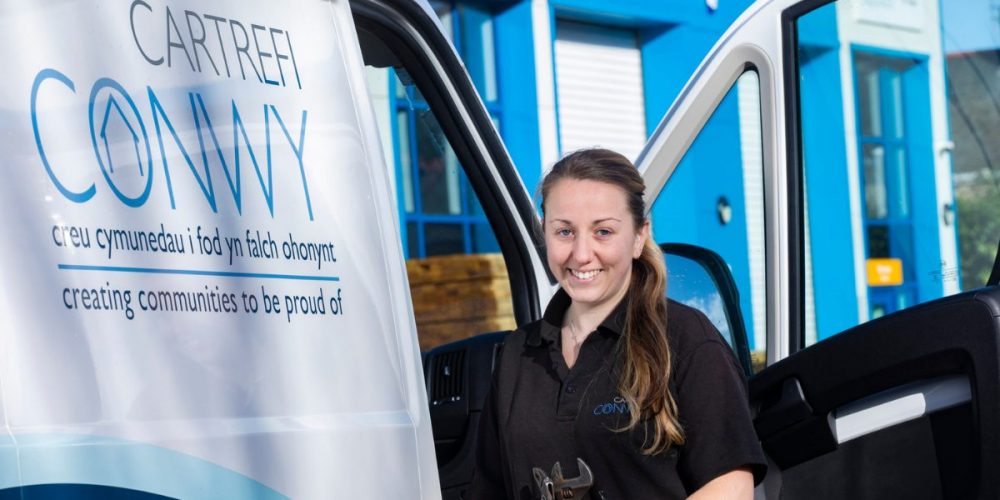 Engineer Rebecca Davies is spearheading a campaign to inspire more women to follow in her footsteps.

Rebecca, 30, helped to shatter stereotypical views about all gas engineers being male by becoming firmly established in the role with housing association Cartrefi Conwy.

She performs vital work at the thousands of properties Cartrefi manages across Conwy county.

Now Rebecca is helping inspire other women to look at pursuing careers in traditionally male-dominated roles, having been a guest speaker during an exclusively female Passport to Construction course.

Run by Creating Enterprise, a subsidiary of Cartrefi based in Mochdre, near Colwyn Bay, the course aimed to show women that roles in fields such as construction and engineering are not just jobs for the boys.

“I was happy to be involved and to talk to the participants on the course about what I do,” said Rebecca.

“If it helps someone decide they want to work in a role such as this then I will be pleased to hear it.

“People can still have a stereotypical view of what an engineer should be like and act surprised when a woman turns up at their door, even though we have done the same courses as the men to become qualified.

“Hopefully, the Passport to Construction course has shown the women who took part that they can go on and work in roles like the one I do.”

A former pupil at Ysgol Emrys ap Iwan in Abergele, Rebecca had initially aspired to work in the more traditionally female-led role of midwifery.

But later she recognised she had the potential to become a plumber, deciding she would start training for this role upon leaving school.

However, Rebecca found her plans were met with scepticism.

“When I said what I wanted to do I was told by a teacher that I wouldn’t be able to do it,” said Rebecca, of Llysfaen. “They said it was a man’s job.

“That helped give me the desire to go and do it and prove them wrong.”

Rebecca duly did just that. She completed her plumbing apprenticeship at Coleg Llandrillo in Rhos-on-Sea, following it up by becoming qualified as a gas engineer.

This has enabled her to operate in her current role at Cartrefi Conwy, where she has worked for seven years.

It is a period that has coincided with Rebecca becoming a mother to three-year-old Phoebe.

“I enjoy working for Cartrefi. They have always been supportive,” said Rebecca, who is married to Craig.

“It is a very family-orientated organisation and they have been very supportive and understanding since I have had a child.

“There is always plenty of work to do. This is a busy time of year due to the bad weather, which means a lot of emergency repairs have to be done.”

It was named as the fastest growing firm in Wales at the 2020 Wales Fast Growth 50 awards, following a rapid period of expansion.

Sioned Wyn Williams,  Creating Futures Manager  at Creating Enterprise, said: “The construction industry is thriving and the course offers people the chance to potentially go on and find work within it.

Sioned is particularly grateful for the involvement of Brenig Construction, which has allowed participants on the course to gain a flavour of the work it carries out.

“We are really fortunate to have such an excellent relationship with Brenig,” said Sioned.

“They have been absolutely brilliant and have gone out of their way to help everyone on the course see what working in the construction industry is really like.”