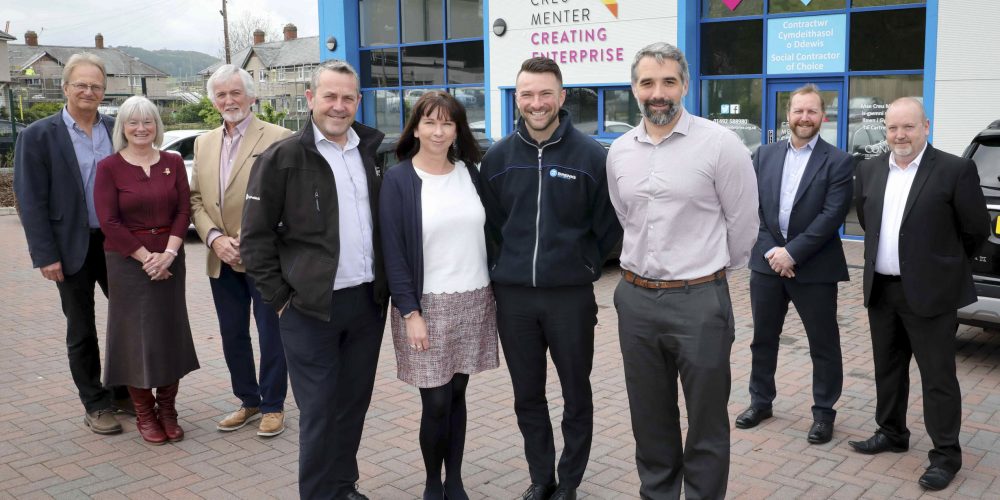 A social enterprise that’s just won a major UK award for its spectacular 300 per cent growth has launched a new commercial venture to help others follow in their footsteps.

Creating Enterprise, a subsidiary of housing association Cartrefi Conwy, has secured the licence to set up innovative Wales-wide learning and development programmes for companies, social enterprises and public bodies.

The Social Enterprise Academy will be using the model trailblazed in Scotland that’s now been replicated across more than a dozen countries as far afield as Canada, China and Australia.

Creating Enterprise, based in Mochdre, near Colwyn Bay, is working in partnership with the Wales Co-operative Centre who will be delivering the programmes in South Wales.

The launch comes on the heels of news that Creating Enterprise was named as the Growth Champion at the NatWest bank’s prestigious SE100 Social Business Awards in London.

Judges were impressed by the organisation’s rapid growth since it was established as a community interest company in 2015.

The most recent accounts show an increase in sales of more than 300 per cent, from £1.3 million to £5.4 million, with profits increasing at the same rate.

All of its commercial profits are reinvested into its highly-successful Employment Academy.

The Social Enterprise Academy is a key part of the organisation’s ambitious growth plan and will also be using its profits for the benefit of Cartrefi Conwy tenants.